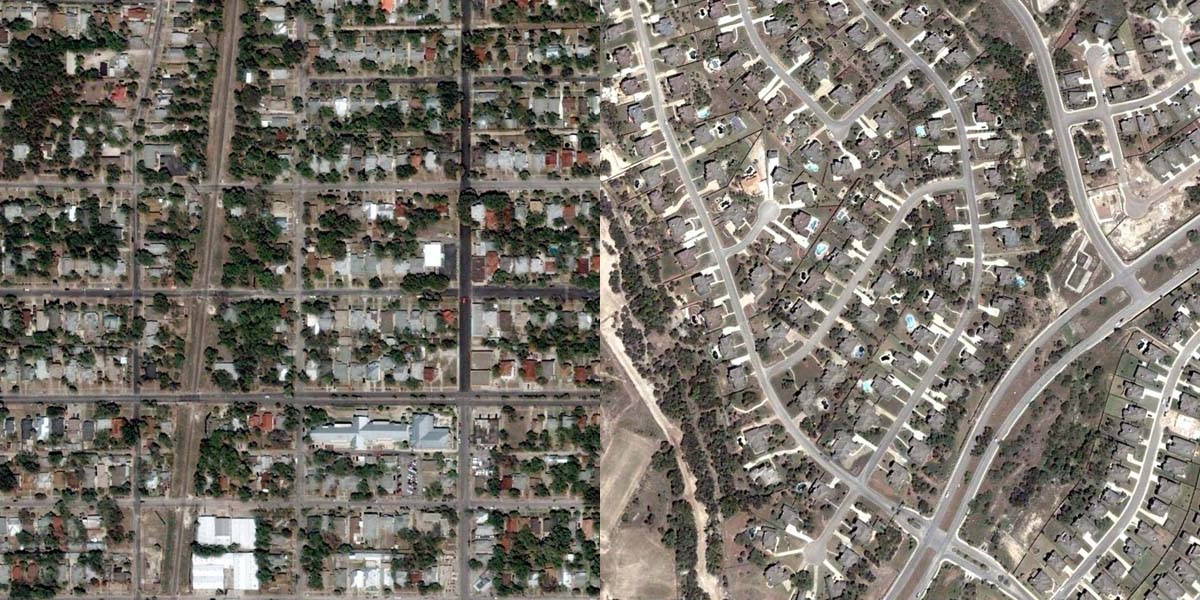 Aerial photos above showing approximately the same portions of San Antonio analyzed below.

A new book, Happy City by Charles Montgomery, is featured on slate.com.

To bring this home to San Antonio I have drawn the illustration below from a study done by a former VIA employee regarding urban connectivity as required for walkability and public transit. At the top of the page I have paired comparative aerial photographs of approximately the same two areas: on the left the connected, walkable and healthy part of town – on the right is the disconnected, auto-dependent and bad-for-your-health sprawl.

I suggest that the old adage “you are what you eat” is being rewritten. You are where you live! 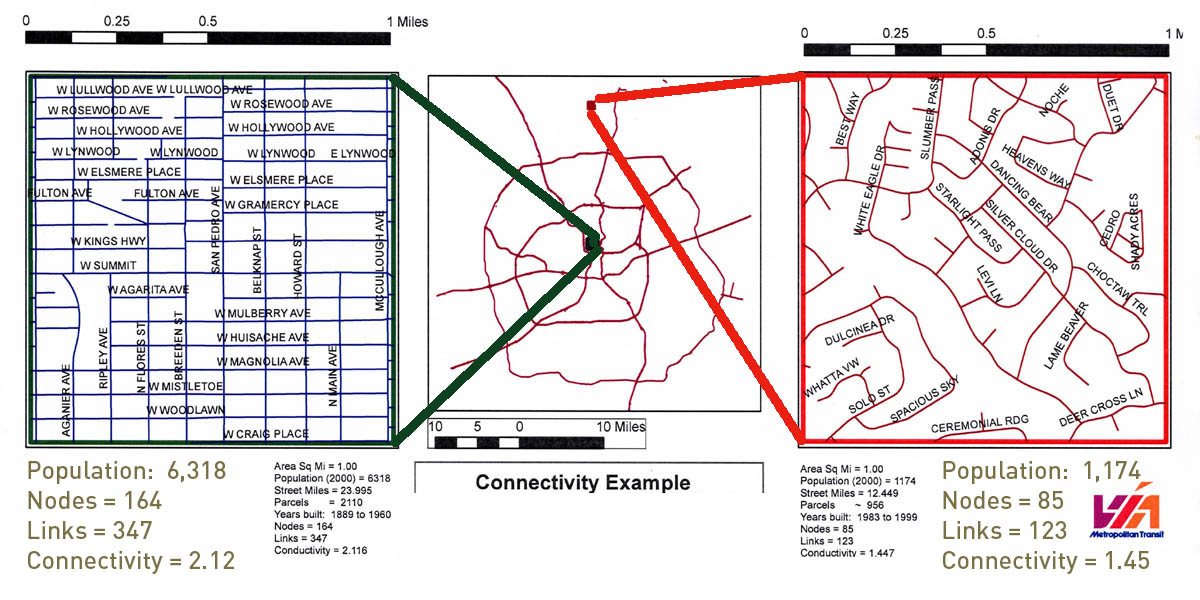 ….investigators from the Georgia Institute of Technology led by Lawrence Frank discovered that people’s environments were shaping their travel behavior and their bodies. They could actually predict how fat people were by where they lived in the city.

Frank found that a white male living in Midtown, a lively district near Atlanta’s downtown, was likely to weigh 10 pounds less than his identical twin living out in a place like, say, Mableton, in the cul-de-sac archipelago that surrounds Atlanta, simply because the Midtowner would be twice as likely to get enough exercise every day….

via Why cul-de-sacs are bad for your health: Happy City by Charles Montgomery.