Existing urban areas are seeing redevelopment, but luckily that does not always mean whole blocks of single-family homes are being replaced with large-scale mixed-use and residential multifamily projects. Smaller scale multifamily developments are the best solution for most established neighborhoods because they “fit.” They are less likely to destroy the existing character of neighborhood also. Smaller developments create diversity and variety that mega-block developments do not. They support small business opportunities and accommodate owner-occupied property more readily. They are simply more human-scaled. Excerpts below, and images above, are from an article by Carren Jao about the successful smaller developers making big changes in Los Angeles.

It used to be that Americans dreamed of moving to the idyllic suburbs. But cities are undergoing a major revival. Based on the Census Bureau’s estimates, from July 2011 to July 2012, cities with more than a half million residents grew faster than their suburbs. Meanwhile a 2012 residential trends report by the Environmental Protection Agency confirms that between 2000 and 2009, 21 percent of new residential construction occurred in previously developed areas….

….what sets smaller developers apart from their larger counterparts is the amount of personal investment they make in each project. “Part of our motivation isn’t just economic opportunity,” said Smith. “It’s a chance to help make Los Angeles.” 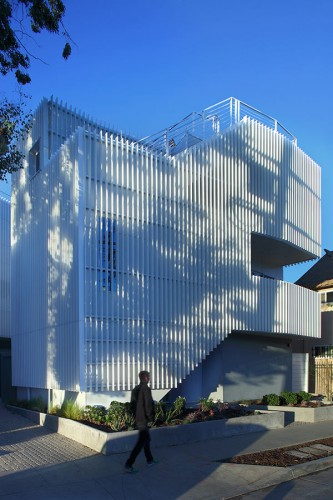