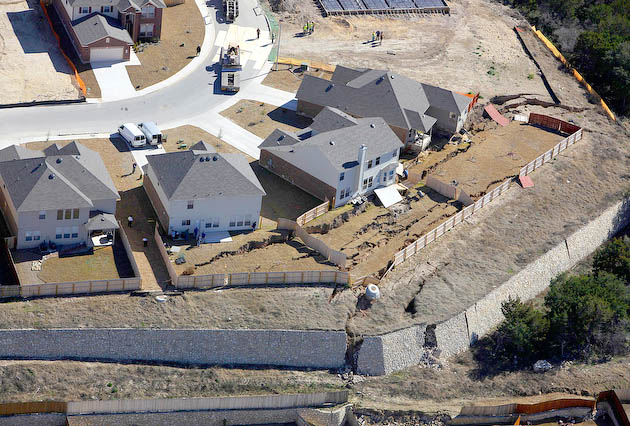 William Fulton writes on Citiwire.net …”
No matter how the November election turns out, it’s clear America’s communities are in for a time of austerity. Federal and state cutbacks are likely to have a big impact on local governments. And many locals will be squeezed by pension obligations at a time when tax revenues are flat.All of which means that from now on, taxpayers must get more for their money. That means we’re going to have to build our communities differently.

As I have said before, it is easy to mistake shiny new subdivisions for prosperity. New suburban buildings and new wide roads look great when first built. But over time, the strain of that type of development creates a significant burden on a city or county treasury.

Communities create value because people, organizations, and goods and services are in close proximity to one another and can interact efficiently. In the same way, compact communities – built on what are often called “smart growth” principles – represent a good financial deal for taxpayers. Because things are closer together, the need to build costly, upfront infrastructure is minimized. Taxpayers save money over time as well, because all those public servants we rely on – police officers, firefighters, paramedics, school bus drivers, snowplow drivers – don’t have to drive as far.Conventional suburban communities, by contrast, are much more expensive to build and serve. In North Carolina, a study by the City of Charlotte found that a fire station in a low-density neighborhood with disconnected streets serves one-quarter the number of households and at four times the cost of an otherwise identical fire station in a less spread-out and more connected neighborhood. Another study in Champaign, Ill., by the respected consulting firm TischlerBise, found that growing within the city’s current urban service area would generate a tax surplus of $33 million, while sprawling beyond it would put a $20 million hole in the city’s budget.

Cities can sometimes stay in the black temporarily by approving new development and getting new revenue from it to pay for the costs. But that’s really just a Ponzi scheme. When a real estate bust hits – as it did starting in 2008 – there’s no more new development to subsidize sprawling development, and cities start to run in the red. That’s partly what has happened in the recent municipal bankruptcies in California.(Emphasis added.)

In the past, cities have also been able to cover themselves with state and federal funds. But that spigot is slowing down, too. After the November election, the federal government will inevitably start cutting back money for domestic programs, and states will have to cut back as a result.

Cities can create a more fiscally sound future for themselves – and generate more political support from taxpayers – by taking a smart growth approach. In a time of austerity, the federal government – and states – can get more “bang for the buck” from taxpayer dollars by setting smart growth performance standards for the locals to follow. Otherwise, taxpayer money at all levels – local, state and federal – will be thrown away on fiscally unsustainable development patterns for at least another generation.

Ironically, those who defend conventionally sprawling development patterns often do so by pointing to the market. People want suburban living, they say, and we should follow what the market wants.

The only thing wrong with this argument is that it’s not true. There’s overwhelming evidence that the housing market is trending strongly away from low-density suburban living, especially among the two demographic groups driving the housing market – retiring Baby Boomers and the Millennial generation, ages 18-30. There’s considerable evidence that the fast-growth sectors of the economy thrive in village-style, smart-growth settings rather than standard suburban office parks.

So, smart growth is what people want, and it’s what drives economic growth. On top of that, it’s a better deal for taxpayers. At a time when America is hungry for prosperity – and all levels of government must provide better value to taxpayers – the smart growth approach is an essential part of our nation’s prosperity and sound fiscal management.”

William Fulton, a former mayor of Ventura, Calif., is vice president and director of policy at Smart Growth America, and a senior fellow at the Price School of Public Policy at the University of Southern California.

Citiwire.net columns are not copyrighted and may be reproduced in print or electronically; please show authorship, credit Citiwire.net and send an electronic copy of usage to webmaster@citiwire.net.

In an Austere Era, Sprawl is Simply Too Costly

via Citiwire.net » In an Austere Era, Sprawl is Simply Too Costly.